February 05, 2011
I have been asked by many readers to give some basic information on wine. I have been trying to find a way to take a subject which is massive and concentrate it down into the essential basics and I think I finally have it, so here goes.


Wine has been around since ancient times. It is the result of grapes which have been pressed and then the juice is allowed to ferment.


In ancient times wine was not aged, as there was no method to keep the wine airtight, so wine was normally drunk when it was young. In ancient Greece and Rome wine was packed  into clay amphora or large barrels.


During the early Middle Ages and even somewhat in ancient times it was not unusual to dilute wine with water or flavor it with herbs to soften the flavor. As very few people drank water, this was essential as wine and or beer was drunk throughout the day.


As technology progressed they began to cork wine bottles and then often dipped the neck in wax to further seal it. This is first seen in approx. the 1770's. Once they were able to cork and protect the wine in an airtight environment, then the wine could be aged, thus allowing subtle nuances to evolve. 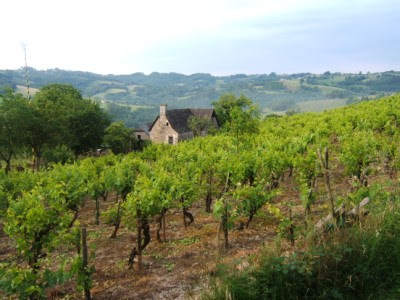 So now that we have the basic history out of the way, let's talk about the basics of wine itself. To make it easy, let's first look at the types of wine:


Each of these types of wine is made using a variety of different grapes. There are many hundreds of varieties and hybrids of grapes, but we will concern ourselves with the very basic varieties.


Now let's look at a listing of what wines these grapes are made into around the world. It is important to note that in France the names of the wines are from the places the grapes are grown rather than the name of variety used to make the wine.


So for example, in France, the Chardonnay grape can be used to make a lovely Batard Montrachet, which is a white Burgundy from the Burgundy region of France, but it the name Chardonnay does not show in the name of the wine.


In all other countries they usually will have either a name of the vineyard and then mention on the back or front of the bottle which grapes where used to make the wine. Example, a famous Chardonnay from California named Kistler will say:


And then on the back it will say that it is made with 100% Chardonnay grapes.


Let's look at some famous wine grapes and the  regions that utilize these grape varieties. To make it easy, I will outline the French regions first and then the rest of the world afterwards.

White Grapes
Chardonnay- White Burgundy and Champagne and as a variety around the world. Very popular in the US, France and NZ.

Sauvignon Blanc - Pouilly Fumé and Sancerre. Very popular in the US, France, NZ and South Africa.

Riesling - Normally grown and very popular in Germany, Austria and parts of Australia

Red Grapes
Cabernet Sauvignon - Bordeaux and as a variety around the world. Known for very bold full bodied reds in the US, France, Australia and South America.

Cabernet Franc - Usually mixed with other grapes to create blends as in many Bordeaux wines.

Merlot - St. Emiilion and Pomerol. Also used in blends in other parts of the world and on it's own in many countries. Known for it's soft, plummy and well rounded taste.

Pinot Noir - Burgundy and Champagne and on it's own in most of the world. Known for it's finesse and softness. Can be some of the greatest wines in the wine and the most expensive. One of the best grapes which reflects the French concept of "terroir", which means the land or place where it was grown. It means simply that grapes grown on different land have a unique taste and style, which can be found no where else in the world.

Syrah or Shiraz - Rhone Vally of France and wines such as Hermitage, Cote Rotie and a little bit in Châteauneuf-du-Pape. Grown in large quantities in Australia and creates some world class wines in their hot dry climate.


I hope this gives a little insight into this exciting and complex subject.