Beef Stroganoff- A classic dish from a bygone era.

February 03, 2011
This is a classic dish that has fallen off of many European restaurant menus, but has remained as a house specialty in a few. The Mount Nelson Hotel in Cape Town, South Africa, is just such a place.

A meal at the Mount Nelson is like a trip back in time to colonial South Africa. Many dishes on their excellent menu are reflective of the new South African cuisine, but this one is a classic of an age gone by. 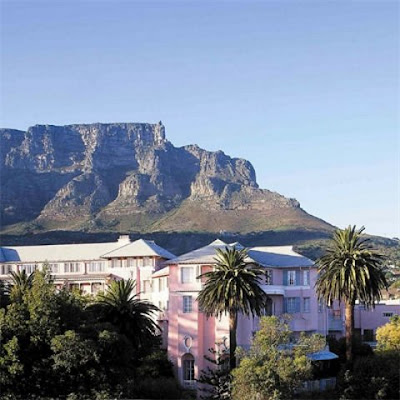 This dish was originally named for the Stroganoff family of Russia. During the time of Imperial Russia, they were probably the most wealthy and influential family second only to the Czar and his family, the Romanoff’s.

It is quite easy to prepare and just requires a bit of organization to get it right. As the French say, “mis en place.” Loosely translated to “everything in its place.”

Since it is very rich, I would recommend serving it with a Burgundy(Pinot Noir), St Emilion or a Rhone. I do not recommend this with a big meaty Cabernet Sauvignon or other Bordeaux, as it will be potentially overwhelming.

1 lb of Sirloin, cut into ¼ inch pieces of 3 to 4 inches long. I find that the meat will be easier to slice if it is slightly frozen before cutting. When slicing, always remember to slice across the grain of the meat otherwise it will be tough. Once sliced, toss with salt, pepper and the sugar and then refrigerate.

Melt 2 Tbsp of butter in the sauté pan and lightly brown the beef. There is no need to cook it completely, as it will be added in again, closer to the end. Remove and set aside.

Now add the rest of the butter to the sauté pan and sauté the onion until translucent, then add the mushrooms and cook until they reduce in size. Start a large pot of salted water for the noodles. Bring  to a boil and add the noodles.

Add the wine, deglaze the pan and continue cooking until the wine has mostly evaporated. Now add back the meat and residual juices and the nutmeg and cook for another few minutes. Don't overcook, you want the meat to be slightly pink.

Drain the noodles after they have cooked slightly under the recommended time and add the sour cream into the hot noodles immediately and then add the meat mixture. Stir well until the mixture is well mixed and serve on warm plates. You may garnish with freshly chopped parsley if desired.